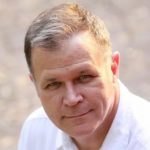 by: Dan Barden, MFA Director
As the newly minted MFA Director, I thought it was my duty to alert you all to the most important event in Indianapolis yesterday: TWENTY TAP, the beloved gastropub on 54th and College, is open again after it shut down for many months as the result of a kitchen fire. As a friend of mine remarked on Facebook, “our long neighborhood nightmare is over.” For those of you who are new to Indy, this is a public service announcement. As well as having some of the best beer in Indy (they tell me, I don’t drink myself), TWENTY TAP has the best burgers and fries, and the vegetarian options are awesome. For the past six months, I have never driven north on College without a sharp sadness when I realized that the place was still closed. And now I DON’T HAVE TO BE SAD ANYMORE.

Congratulations to Butler professor Bryan Furuness. He is an Emerging Author finalist for the 2017 Eugene & Marilyn Glick Indiana Authors Award! The winner will be announced at the Award Dinner on October 14, 2017.

Bryan Furuness is the author of The Lost Episodes of Revie Bryson, a novel. With Michael Martone, he is the co-editor of Winesburg, Indiana, an anthology. His next anthology, currently titled Return of the Ape-Man: Reboots, Retellings, and Reinventions of Classic Adventure Tales, will be forthcoming from Break Away Books in the fall of 2018. His stories have appeared in Ninth Letter, Sycamore Review, Southeast Review, Hobart and elsewhere. His essays have appeared in Brevity, Nashville Review and Barrelhouse, among other venues. His work has been anthologized in New Stories from the Midwest, An Anthology of Contemporary Indiana Writers, Best American Nonrequired Reading and elsewhere. He is a recipient of the Tennessee Williams Scholarship in fiction from the Sewanee Writers’ Conference, a finalist for the Society of Midland Authors award, and a winner of the Midwest Short Fiction contest. He holds an MFA from the Warren Wilson Program for Writers, and has edited for several literary magazines and small presses, including Booth, On Earth As it Is, Engine Books and Pressgang, the small press he founded at Butler in 2012. He lives in Indianapolis, where he teaches at Butler University and serves on the board of Engine Books. (From Indiana Authors website) 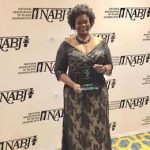 MFA nonfiction candidate Suzette Hackney won a Salute to Excellence Award for Commentary by the National Association of Black Journalists.

Suzette is a columnist and editorial board member for The Indianapolis Star. She consistently writes engaging pieces that call for Hoosiers to be better.