Susan Neville has a new piece in The North American Review. Enjoy “The Posters of the South Shore Line.” 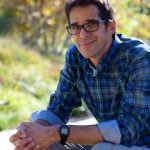 Ben H. Winters is the author of nine novels, including most recently the New York Times bestselling Underground Airlines (Mulholland Books). His other work includes the award-winning Last Policeman trilogy.

Ben has also written extensively for the theater, and was a 2009-2010 Fellow of the Dramatists Guild; his plays for young audiences include The Midnight Ride of Paul Revere , A (Tooth) Fairy Tale and Uncle Pirate, and his plays for not-young audiences include the 2008 Off-Broadway musical Slut and the “jukebox musical” Breaking Up Is Hard to Do, which is produced frequently across the country and around the world.  Ben’s journalism has appeared in The Chicago Reader, The Nation, In These Times, USA Today, the Huffington Post, and lots of other places.

Breaking Up Is Hard to Do (Theatrical Rights Worldwide) 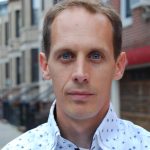 Eric Freeze is author of the short story collection Dominant Traits (Dufour, 2012), a collection of creative nonfiction Hemingway on a Bike (University of Nebraska Press, 2014), and the short story collection Invisible Men (Outpost19, 2016). He is the recipient of a number of awards including a Canada Council for the Arts grant for work on a novel. He has published stories, essays, and translations (French to English) in numerous periodicals including Boston Review, Harvard Review, and The Southern Review. He teaches creative writing at Wabash College and in Butler University’s MFA program. He lives in Crawfordsville, Indiana and Nice, France.

Hemingway on a Bike, University of Nebraska Press 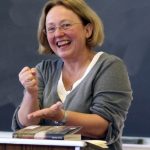 Susan Neville is the author of five works of creative nonfiction: Indiana Winter; Fabrication: Essays on Making Things and Making Meaning; Twilight in Arcadia; Iconography: A Writer’s Meditation; and Sailing the Inland Sea. Her collections of short fiction include In the House of Blue Lights,winner of the Richard Sullivan prize and listed as a ‘Notable Book’ by the Chicago Tribune, and Invention of Flight, winner of the Flannery O’Connor Award for Short Fiction. Her stories have appeared in the Pushcart Prize anthology and in anthologies including Extreme Fiction (Longman) and The Story Behind the Story (Norton.) Her story “Here” won the 2015 McGinnis-Ritchie Award from the Southwest Review. She teaches creative writing, a seminar in Willa Cather, and courses in Butler’s First Year Seminar program.

“On Memoir” essay in Essay Daily

“Game Night” story in The Collagist 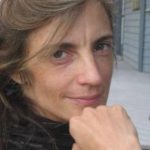 Alessandra Lynch is the author of three books of poetry: Daylily Called it a Dangerous Moment (Alice James Books, 2017), Sails the Wind Left Behind (Alice James Books, 2002), and It Was a Terrible Cloud at Twilight (Pleiades/LSU Press, 2008). Her poems have appeared in The American Poetry Review, jubilat, The Massachusetts Review, Ploughshares and The Virginia Quarterly Review, among others. She has had residencies at the MacDowell Colony for the Arts and Yaddo. She teaches at Butler University and lives near an Indianapolisian canal.

It Was a Terrible Cloud at Twilight, LSU Press

Poetry in The American Poetry Review

Poetry in The Virginia Quarterly Review

Poetry in The Cortland Review 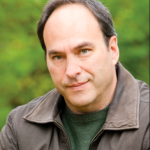 A Brain Wider Than the Sky: A Migraine Diary, Simon & Schuster