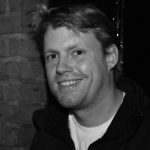 Michael Dahlie is Assistant Professor of English in Butler University’s MFA program and is the author of two novels with W.W. Norton.  His short fiction has been published in journals and magazines including Harper’s, Ploughshares, The Kenyon Review, and Tin House and he won a Pushcart Prize for a short story first published in The Yale Review.  He received the PEN/Hemingway Award in 2009 for his novel A Gentleman’s Guide to Graceful Living, and he won a Whiting Award in 2010.

The Best of Youth: A Novel, Norton

A Gentleman’s Guide to Graceful Living: A Novel, Norton

The Pharmacist from Jena