Brick by Brick:
Learning from the past as we look to the future of the College of Education

The story of the preschool, XXV Aprile (April 25), in the Villa Cella is an important part of the history of early childhood education in Reggio Emilia, Italy. In Villa Cella after World War II, the village was left with a German tank, a few horses, and a truck abandoned due to the quick departure of the Nazis. In only a few weeks after Italy was liberated, the citizens of Villa Cella sold these items and began to gather the ruble left of the many buildings that had been shattered by bombs. They gathered bricks (mattone) and took them to the river, knocking off the mortar, and gathered sand to begin construction of a preschool for the children. Renzo Barazzoni, author of Mattone Su Mattone wrote:

“The people of Villa Cella had seen the war up close and had experienced all of its horrors. They could easily have been infected by the repeated barbarities of the long fascist domination. Instead, immediately after the Liberation, not only were they relieved of the weight of a nightmare and lightened by returning hope, they were especially united by the memory of shared suffering and by a spirit of solidarity which had been tested through and through... Everyone wondered how to erase every trace of this dark past from our conscience and from our institutions; the answer was democracy, to be built from the ground up, along with the houses and the demolished cities, with the families, which were split up and mutilated.  The period after the war, therefore, was one of the sunniest moments in our history.”

I had the good fortune of visiting April 25, and it was an inspiring symbol of rebirth and hope after one of the most horrific periods of history. I was in awe of the structure knowing that bricks had been placed so many decades ago as they built a future for their children and their country.  The democratic principles that permeate the practices in the schools of Reggio Emilia, Italy are alive and well, and the history of fascism has no place in the present or future.

So in the spirit of the Reggio practice of offering questions as a means to provoke dialogue, I offer the following:

I am pleased to share with you that the College of Education will be undertaking our own Mattone Su Mattone as we move into a new home in summer 2018. We will move into the beautiful Christian Theological Seminary (CTS) building located on the west side of the Butler campus. As we work with Schmidt Associates in the redesign of several spaces, including the building of a new walkway and patio, we will be selling bricks that celebrate being an alum, honoring a family member, a teacher, a professor, or the memory of a loved one. As we create our own “brick by brick” story, we will be paving the way to a new future for the College of Education by understanding and honoring our past, but looking to a future that is filled with hope and opportunity; renewed with the understanding that education is the foundation to a strong and healthy society where all its members can thrive. 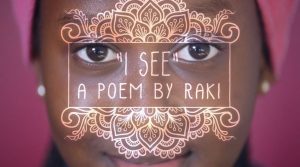 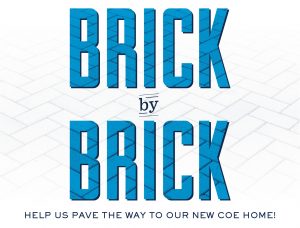