Study Abroad Blog: A Friend Who Changed my Experience

Study Abroad Blog: A friend who changed my experience

I was always hesitant to go abroad by myself. I’m a relatively independent person but going abroad was a completely different realm of independence. The furthest I have ever traveled by myself was flying back home to New York from Indianapolis. But I watched my sister go abroad her junior year of college all by herself. She had the opportunity to go with her roommates, but she knew that studying in a different country was something that she wanted to do by herself, so she ended up going solo. When the opportunity presented itself for me to go abroad my junior year, I knew that if my sister could handle it, so could I.

After I tried to convince plenty of my friends at Butler to go abroad, I had no success, mainly because they are all involved in athletics and technically couldn’t spend a whole semester away.  Ultimately, I decided to embark this journey on my own, similarly to what my sister did. I was accepted into the ISEP Exchange Milan program, and the rest is history. Well, not actually. I wish it was that easy. 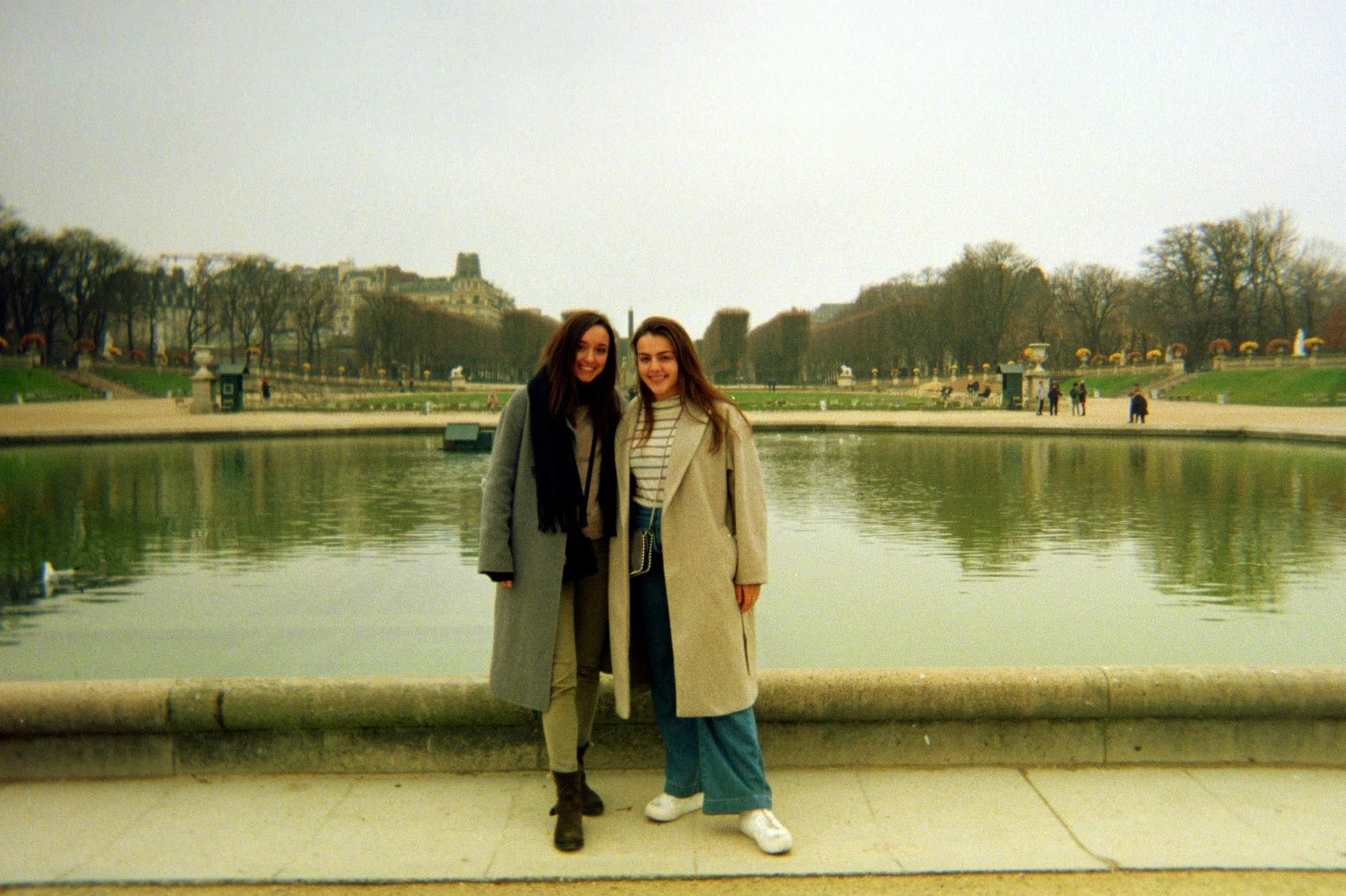 I found myself contemplating numerous times if I was ready to do go abroad by myself. I’m not a huge homebody and I rarely ever get home sick. Like I said, I’m from New York, so I’m not really close to home at all being at Butler. However, I’ve never been to Europe. I didn’t know what to expect,  if I was going to be able to be self-sufficient, or if I was going to be able to make any friends. Most of my concerns were put to ease prior to my departure from former abroad students and the wonderful staff in the center for global education at Butler. However, the one concern that I carried all the way up until I landed in Milan was, “will I make friends?” I can assure you, I did.

I had the privilege to live with three female American students, all from different parts of the country and all who attended different universities. They arrived in Milan about two weeks before I did for a pre-intensive Italian course (I regret not doing this). They quickly welcomed me, showed me around our neighborhood, and settled any lingering concerns that I had about living in Italy for the next three months. One roommate really stood out to me, we clicked immediately, and I felt as if I had known her already. Her name was Marisa. 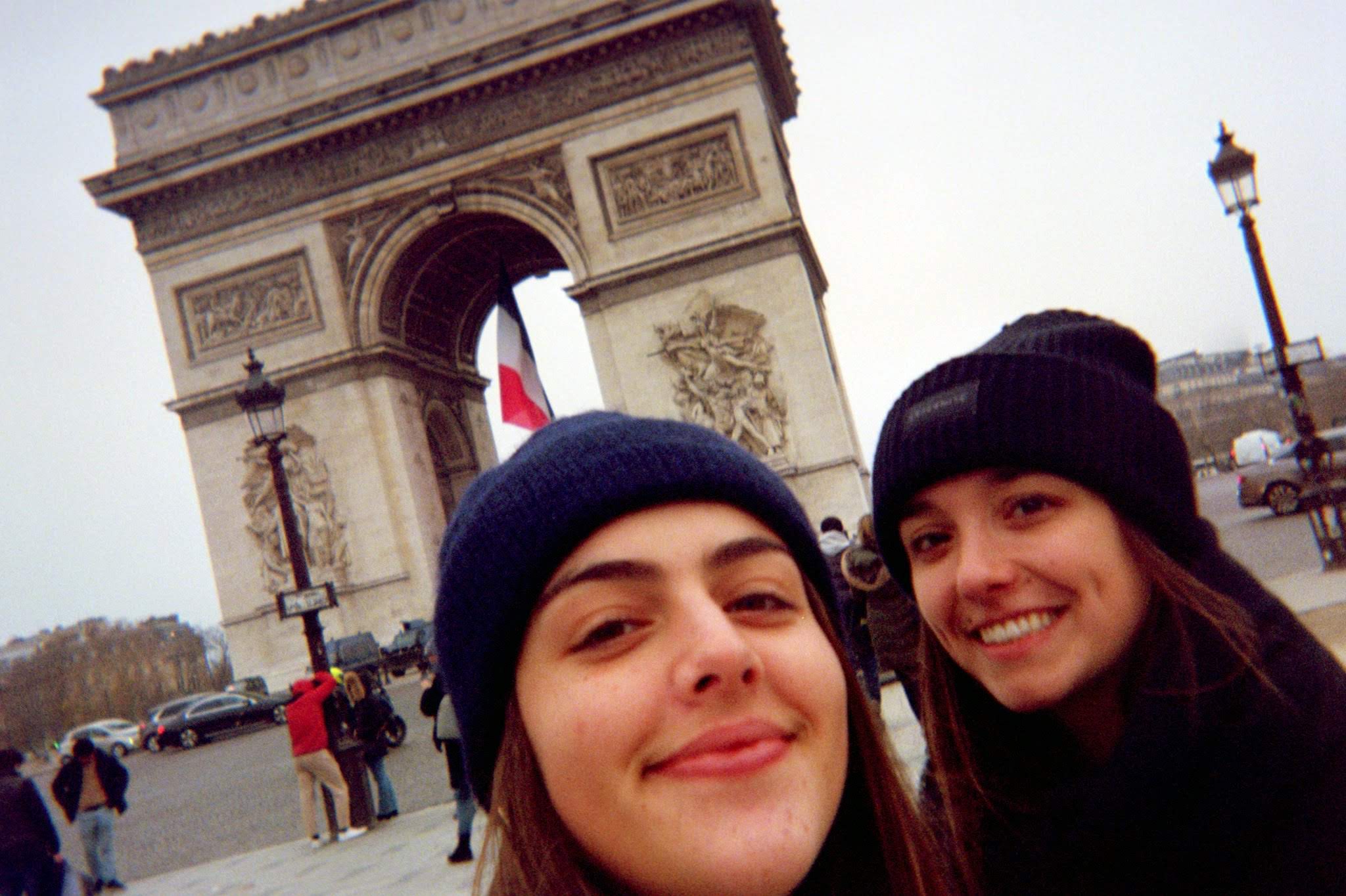 Throughout the next three months Marisa and I tackled everything together. We walked to class each morning, stopping to get our morning cappuccinos and pastries on the way. We traveled almost every weekend together to different parts of Europe. Together we planned spontaneous trips and excursions, which I highly recommend doing (p.s take advantage of the cheap options in Europe you won’t find airline prices that low in the US). Our other roommates and friends joked that me and Marisa were “attached at the hip”. From an outsider’s perspective, they were probably right. Eventually, we began going on trips with just the two of us, which was slightly concerning because we both struggled with navigating foreign cities effectively, as well as mitigating the language barriers. But we always made the best of our trips, even if they didn’t always go as expected. For instance, Marisa and I traveled to Munich, Germany in November of 2019. The trip started off with a twelve-hour over-night train ride from Milan to Munich (this, I do not recommend). One day into our trip, exhausted from the train ride, Marisa came down with strep throat, and we struggled to find a clinic that could provide her with the necessary antibiotics to feel better. However, Marisa persevered and was determined to still enjoy our weekend in Germany. Well, the very next day we were visiting a concentration camp from World War 2 in Dachau. Long story made short; Marisa ended up fainting in the middle of the concentration camp because she was so ill. Although it was initially not funny and in fact very scary when that happened, we laugh about it now. So that’s what I mean when we made the most out of every trip. That is one of the more memorable moments of my abroad trip, and we will certainly never forget it. 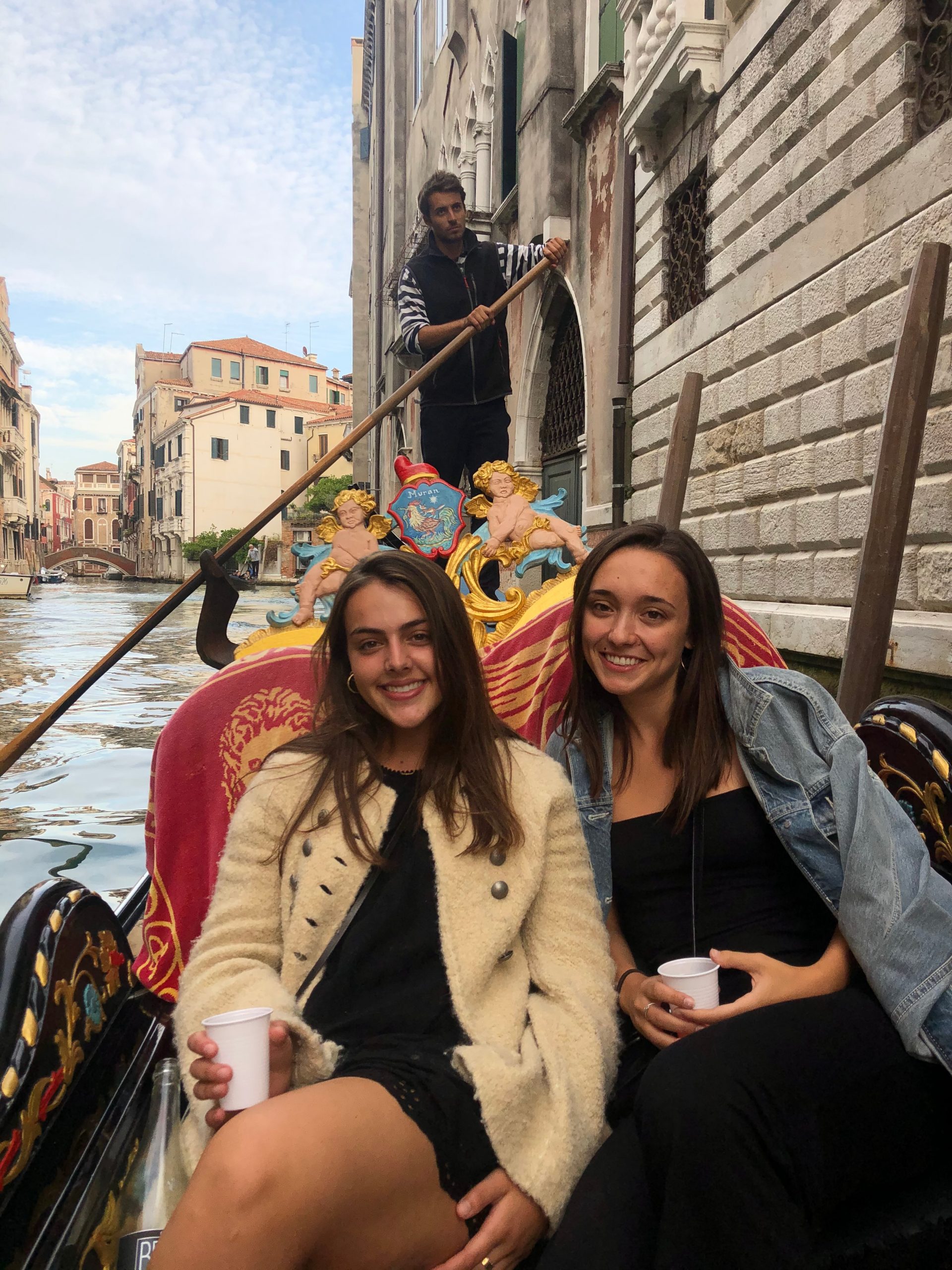 In all, Marisa changed my abroad experience. I was so concerned about forcing a friend from Butler to come with me, but I neglected to realize the opportunities that I would soon endure once I arrived in Europe. I was able to make a long-lasting connection with Marisa, and the rest of my roommates and friends that I had met abroad. I think what also was so special about my friends that I met was that we all had different backgrounds. Not a single one of us came from the same place or studied at the same school, and that made our group even more valuable and interesting. I still talk to Marisa quite often, and once the pandemic settles, I hope to visit her soon. 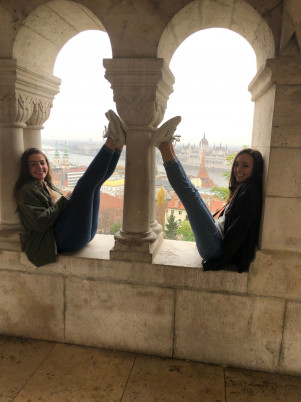 I often get asked what the best piece of advice is from my abroad experience and this is mine: the most valuable thing that you can do is have an open mind. Initially, I only wanted to go abroad if I knew someone who was coming with me. However, I quickly learned that you might make some of the strongest friendships putting yourself in such a unique experience. I also think it’s important when you go abroad to find someone you can spend excessive amounts of time with. Personally, I never wanted to travel to other countries alone, I always needed at least one other person with me, for safety and entertainment reasons. Find someone with similar interests, passions, and values as you. Marisa and I had very similar visions of our trips, and that’s why we always enjoyed traveling together because we liked doing the same things. I’ll always value my time abroad, and I will always remember the incredible people that I encountered throughout my journey.