As an automatic qualifier for the WNIT, @ButlerUWBB (22-9) came out victorious in their first postseason appearance since 2014, 89-72. This was Butler’s third WNIT win in program history.

Head Coach Kurt Godlevske’s team was in comeback mode after Northeastern jumped out to 23-17 lead at the end of the 1stquarter. The veteran squad quickly responded, scoring 35 points in the second quarter to lead by 16 at the break. The difference in the second quarter was the 17-1 run to end the first half. A strong 3rdquarter allowed the hosts to hold onto their halftime lead, outscoring the Huskies 24-8 in the 3rdquarter. Butler converted for 23 points off of Northeastern’s 10 turnovers.

Redshirt senior guard Whitney Jennings was miraculous finishing with 29 points, including going 7-13 from deep. She scored 14 of her 29 points in the second quarter. While doing so, the floor general surpassed 1,000 points on Thursday in just two years at Butler, currently at 1,001.

Butler advances to the second round of the WNIT, and will face Kent State at home on Saturday  at 7 p.m. tip. Tickets are on sale at the Hinkle Fieldhouse box office starting this morning. 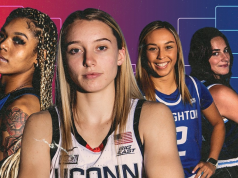 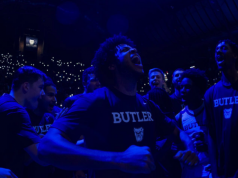 Senior Joey Lindstrom grapples with the impact of COVID-19 on the pursuit of his...

Butler Basketball Falls to Villanova on the Road