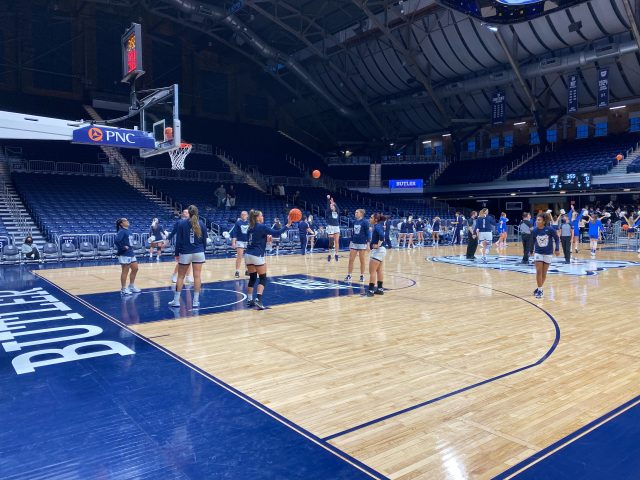 The Butler Bulldogs Women’s Basketball team lost their third consecutive game in a row Wednesday night as they fell at home to Big East foe Creighton, 95-44. The Bulldogs were led in scoring by freshman Trinity White who finished with 12 points. White was the lone bright spot for Butler as she was the only player to score in double figures. White also finished tied for second on the team in rebounds for the game with three. With the loss Butler drops to 1-13 on the season and 0-4 in Big East play.

In the second half the Bluejays utilized much of their bench with their sizable lead, yet the Bulldogs failed to show any significant improvements. Rebounds were hard to come by for the Bulldogs throughout the game. Creighton outrebounded Butler, 38-17, allowing for 16 second chance points. The Bluejays also forced 14 turnovers, and scored 20 of their points off of Butler turnovers. Butler, a team who relies heavily on their three point shooting, were held to just 15% from three against Creighton. Creighton improved to 13-4 overall and 8-1 in the conference with the win, keeping them in second place in the conference standings.