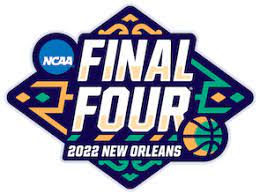 With conference tournaments taking place next week and the Big Dance set to start the following week, it is time to start thinking about filling out those brackets. If you find yourself not sure who to put going all the way, look no further! In honor of the tournament getting ready to take place, we at Butler360Sports have devised a list of favorites and dark-horse picks that we think could make some noise this March.

You can’t talk about favorites without including Baylor. The defending National Champions are primed for another big run in this year’s tournament. The Bears are currently sitting at #3 in the AP Top 25 with a record of 25-5 and are led by head coach, and Butler alum, Scott Drew.

Despite losing several key pieces of their championship team to the NBA, Baylor has reloaded and retooled to stay atop of the Big 12. The team returns Matthew Meyer and Adam Flagler from last year’s squad as well as LJ Cryer, who has seen his points per game jump from 3.4 to 13.5 in his sophomore season.

In addition, Baylor has gotten great contributions from transfer guard James Akinjo, who is averaging 13.1 points per game after spending time at Georgetown and Arizona.

Last year’s national champion runner-ups are once again deemed a favorite heading into the 2022 NCAA Tournament. The Zags are ranked #1 in the nation with a 24-3 record and are in first place in the WCC.

Gonzaga is led by star junior forward Drew Timme, who is averaging 17.6 points per game, building off of his impressive showing from March Madness last year. The Zags are also receiving solid contributions from guards Julian Strawther and Andrew Nembhard, both of whom played on last year’s squad.

However, the biggest storyline for Gonzaga has been freshman sensation Chet Holmgren. The seven-footer averages 14.4 points, an outstanding 3.6 blocks, and shoots 43.8% from three. Gonzaga’s combination of youth and experience has them primed to be a threat this March.

When thinking about March Madness, it is almost impossible not to mention the Duke Blue Devils. After a 2021 season that saw them miss the tournament for the first time since 1995, the Blue Devils have reloaded and are primed to be a threat in Coach Mike Krzyzewski’s last season as head coach.

Duke’s biggest star is freshman Paolo Banchero, who has taken the ACC by storm. The 6’10 Banchero is averaging 16.9 points and 7.8 rebounds per game while possessing guard-like ball-handling skills. He is supported by Wendell Moore Jr, Trevor Keels, and Jeremy Roach, all of whom were highly touted prospects coming out of high school and have made solid contributions this season.

Duke certainly has the talent, and considering that it is the last March Madness run in Coach K’s 42nd and final year as head coach, I wouldn’t be surprised seeing the legendary coach walk away from the game on top.

The Memphis Tigers were a team that entered the preseason top 25 at the number 12 spot in the nation. Despite this ranking, head coach Penny Hardaway’s team has not lived up to expectations. Memphis currently sits at a 17-9 record, good enough for third in the AAC.

ESPN’s Bracketology has them as one of the last four teams in, and if that happens, I think that this Tigers team has a chance to make some noise this spring. The Tigers have two of the top prospects in the country in center Jalen Duren and forward Emoni Bates, both of whom were top ten in their high school graduating recruiting class. Both players are averaging double-digit points, but haven’t taken the next step they were expected to. If the Tigers can sneak into the tournament, look for these young stars to showcase their talent on the biggest stage and make some noise.

When college basketball fans mention the West Coast Conference, all eyes go to Gonzaga, perennial winners of the conference. However, the Saint Mary’s Gaels shouldn’t be overlooked this season. The Gaels currently hold a record of 24-6 and are ranked 19th in the nation following one of their biggest wins in program history.

Saint Mary’s took down conference rival and current AP #1 ranked Gonzaga by a score of 67-57 on February 26th, cementing themselves as a legitimate threat in the NCAA. They are led by senior Matthias Tass, who is averaging 12.5 points per game on 54.4% from the field, and senior Tommy Kuhse, who shoots 44.9% from three. Saint Mary’s senior leadership combined with their strong resume makes them a team that could do some damage this March.

This is my dark horse of all dark horses. For a state that often goes under the radar, their basketball team is doing the same. The Catamounts are quietly putting together a quality season in the America East conference, sitting at a record of 25-5 with only one conference loss to their name.

They are led by the dynamic duo of Ryan Davis and Ben Shungu, both of whom are seniors. Davis and Shungu average 17.2 points and 15.8 points respectively while both shooting over 40% from three-point range. Having two experienced stars could pay huge dividends for the Catamounts heading into March, and this team up north should be on everyone’s radar.