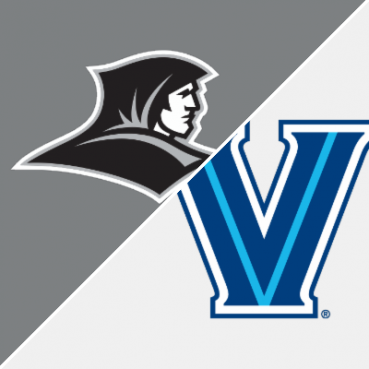 It has been a week since the NCAA announced that six teams from the Big East would take part in the NCAA Tournament. Although four of those teams are no longer in the tournament, two teams advanced to the Sweet 16: the Providence Friars and Villanova Wildcats.

Ironically, both these teams made it to the Big East Semifinals, but Villanova ended up being the team who moved on to the Finals and beat the Creighton Bluejays to win the Big East Tournament Championship.

Although Villanova lays claim to the Big East Tournament Championship, Providence had the best record in the Big East, and their head coach Ed Cooley won Big East Coach of the Year. With accomplishments such as these from both teams, it is not surprising to see both of these teams make it this far into the Tournament, but the question remains can they go all the way to the Final Four. 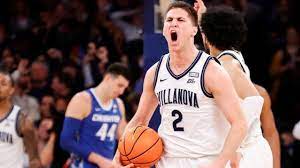 The Villanova Wildcats knocked off Ohio State,71-61, to move on to their eight Sweet 16 under Villanova coach Jay Wright. The Wildcats displayed their defensive prowess, as they forced 12 turnovers and accumulated seven steals.

Villanova players such as Colin Gillepsie took every opportunity to anticipate the pass and come up with crucial steals. While Villanova’s offense was not as efficient throughout the second half, it was their defense that came in clutch within the last 12 possessions of the game, as Ohio State only made 1 of 7 of their shot attempts.

Villanova is a team that makes smart decisions on the offensive side of the ball, and they are not afraid of making the extra pass and attacking the basket. They are also a team who is not afraid to get physical, and they are able to calculate when to draw the foul. Villanova’s basketball IQ has led to them being a dominant force at the charity strike and being ranked the best free throw shooting team in the country.

Villanova’s patient and smart offense will be something to depend on against their next opponent: the Michigan Wolverines. The Michigan Wolverines have surprised many during March Madness, for a team that had a regular season win-loss record of 17-13 were not expected to make it this far into the tournament. They upset Colorado State, and they knocked off the Tennessee Volunteers, who is a top-ranked defensive team. The Wolverines have shown how much fight they can bring to both sides of the ball.

The 7’1’’ juggernaut Hunter Dickinson is a player for the Wildcats to look out for, for not only can he create shots and knock them down as a big man, but he is also a rebounding force on the inside. Although Villanova is a team that shoots pretty well, they need to put a bit more focus on boxing out on offense and creating second chance opportunities, if they want to beat Dickinson inside.  The Villanova Wildcats will face the Michigan Wolverines this Thursday at 7:30 PM inside the AT&T Center. 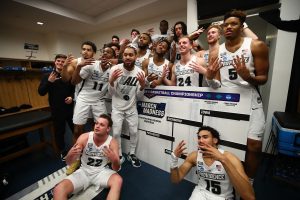 The Providence Friars blew out the Richmond Spiders, with the score being 79-51. The Friars were on fire on offense, as they made 52% of their shots and drained 12 of 22 three pointers. On defense, they only allowed Richmond to convert 40% of their field goals.

Noah Horchler led the team in scoring and rebounds, as he scored 16 points and grabbed 14 rebounds. Horchler did an amazing job creating separation from his defenders and knocking down jumpers off the catch and shoot.

Providence’s defense performed really well, as they communicated with each and cut off backdoor and passing lanes. Their defense has improved as of late, but their defense will be a challenge against a team who does not have any problems knocking down shots: the Kansas Jayhawks.

The Jayhawks are usually a team that is efficient in shooting, as they ranked 17th in the country in field goal percentage, shooting 48% from the field. However, they have not had many game breaking shooting performances throughout the tournament. They escaped an upset against Creighton, with the score being 79-72.

The Jayhawks poor shooting performance should not undermine this team’s ability to close out games and the fact that the talent is deep with this roster. Remy Martin stepped in and scored 20 points off the bench and led the team to victory. Kansas is still a very athletic team who has a very fast-paced style of offense.

If Providence wants to stop the Jayhawk’s offense, then they are going to have to continue to be physical, communicate with each other, and look out for opportunities for Jayhawks to get open and make shots. Providence will square off against number one seeded Kansas Jayhawks this Friday at 7:30 PM inside the United Center.