The Butler University softball team is off to a great start in 2022. A season after qualifying for the Big East Tournament and beating the #1 seeded DePaul Blue Demons in the opening game of the double elimination tournament, the Bulldogs look to build on that performance and make a run at the conference title this season. The Bulldogs will play host to Seton Hall this weekend for their home opener.

After two Big East weekend series, the Bulldogs are 4-1 and in second place in the conference. Butler won each of their first two series against the Villanova Wildcats and the DePaul Blue Demons. The two teams that received first place votes to win the conference in January’s preseason coaches’ poll.

Lauren Fey made it on the Big East weekly honor roll after going 7-12 with 4 RBIs and two doubles this past weekend at DePaul. Fey leads the Bulldogs with 30 hits on the season and is batting .411 on the season.

Balance of Experience and Youth

This very well may be the deepest and most talented roster that Coach Scott Hall has had in his 12-year tenure as the Head Coach of the program. With the return of All-BIG EAST First Team honorees Lauren Fey and Karli Ricketts, their entire pitching staff, and the addition of a strong freshman class this may be the year for the Bulldogs to win the Big East. The Bulldogs have won the Big East Tournament one time in program history, which was in 2016 after entering the tournament as the #4 seed.

The freshman class, headlined by third baseman Ellie Boyer and infielder Ella White, have had a strong initial impact for the Bulldogs through their first 24 games.

Ellie Boyer has started all 24 games this season for the Dawgs at 3rd base and posted an impressive .304 batting average, 24 RBIs, and 6 stolen bases. She has been an instrumental part primarily hitting second in the lineup and bolstering the bulldogs infield defensively.

Ella White has started all but one game this season as a designated player, infielder, and outfielder for Scott Hall and the Bulldogs. She has posted a .260 with 12 RBIs and a Home Run. 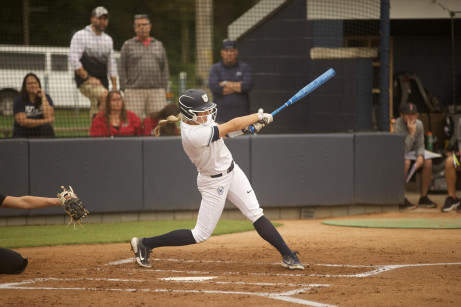 These two, as well as other newcomers, will play a pivotal role for the Bulldogs this season and for the rest of their collegiate careers.

Alongside Fey and Ricketts, the Bulldogs returned major contributors from last season. Graduate student pitcher Allyssa Graves and Senior outfielder Bri Avery have also picked up from where they left off last season.

Alyssa Graves led the team on the mound in Earned Run Average (ERA) a year ago and has posted a 2.64 ERA in 13 appearances so far this season. Using her extra year of eligibility, Graves provides a consistent starter for the Bulldogs and strong one-two punch on the mound beside Ricketts.

Bri Avery leads the Bulldogs with a batting average of .417 and 9 stolen bases through 24 games. Avery’s veteran presence at the plate and in the outfield has provided the Bulldogs with great opportunities all season long. 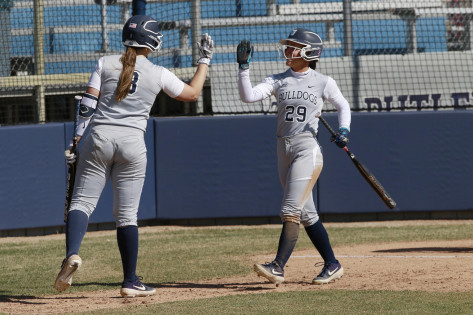 With the balance of experience and youth in the batter’s box and consistency on the mound, this roster is constructed to make a run towards a Big East Championship. Butler Softball has six more conference series weekends with a chance to earn a trip to the Big East Tournament in May.

Next up, the Seton Hall Pirates come to Indianapolis this Friday through Sunday to face the Bulldogs at the Butler Softball Field.

Almost all of Butler’s Home games will be broadcast on FloSoftball or through Butler+ and you can find more information on the Butler Athletics website.

What it takes to be a Butler cheerleader