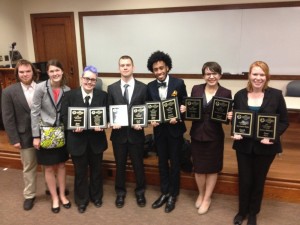 This is going to be a great year!

We are starting with a tournament here at Butler on Sunday, September 27 and then travel to Bradley University, Marshall, and Bowling Green.

We are looking forward to a successful year so come join us!

Hope to see you soon!

Posted in Uncategorized | Comments Off on Fall 2015 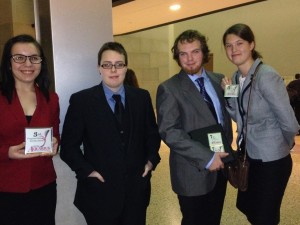 We had a great time! Taylor Pearson took 3rd in POI and Julia Hren took 5th in DI.

We are wrapping up the semester with a picnic at the Broad Ripple Park.  We will be getting ready for Fall this summer.  We have plans to meet in August to begin working on pieces, speeches, etc.  We are always looking for new members so check us out at Block Party!

This coming year we will be adding a new and exciting dimension to the speech team!  We will be fundraising for the American Diabetes Association.  Several of us have connections to this worthwhile charity.  I am a Diabetic and several on the team have family members who fight this illness.  We plan on walking as a team in the Step Out Walk on September 20 plus other activities throughout the year.

Taylor Pearson has been awarded the Mary Perna scholarship for next year! 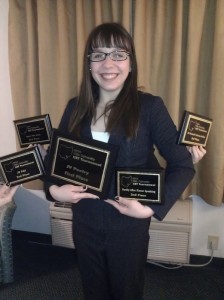 Taylor Pearson and all her awards!

Spring Semester started with a Bang!! 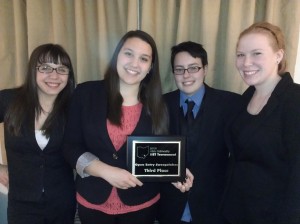 The Butler University Speech Team began the Spring semester by hosting the largest tournament in recent history with 22 schools and over 300 slots of awesomeness! We then travelled to Ohio University where we placed Third overall and brought home several first place trophies! Go Dawgs!

We are preparing for the State tournament to be held at IvyTech on February 15. See everyone there!

Posted in Uncategorized | Comments Off on Spring Semester started with a Bang!!

We have one more tournament for the semester at Transylvania University in Lexington Kentucky on December 7. 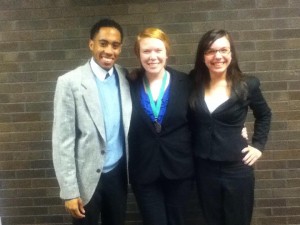 Posted in Uncategorized | Comments Off on Bowling Green State University 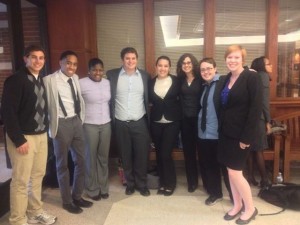 We are very excited about the upcoming trip to Marietta College in Marietta Ohio!

Posted in Uncategorized | Comments Off on Purdue 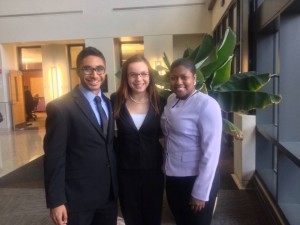 travelled to Ball State University over break. Senior, Ciara Williams; Freshmen, Yusuf Qureshi, and Taylor Pearson competed in several events. The top 5 schools in the nation competed at this tournament!

On October 26, 8 students will be traveling to Purdue to compete in 10 different events.

Posted in Uncategorized | Comments Off on Speech Team Travels

The Butler Beat, a talk show produced by the CME department, spoke with Professor Crawford in September about the Speech Team. Check it out here: http://bit.ly/15MXPWA.

Posted in Uncategorized | Comments Off on Butler Beat talks Forensics!

The Butler Speech Team is looking forward to a new year with many new students joining the team. We had our first call-out meeting where 9 Freshmen showed their interest in joining the team! This year plans to be a great growth year! Go Dogs!

Posted in Uncategorized | Comments Off on New Semester, New Students

Pi Kappa Delta, a national honorary society for intercollegiate forensic programs, has chartered the Butler Speech and Debate Team as its new IN Zeta chapter.

Crawford, who is director of forensics in the College of Communication, was nominated and elected as Governor of PKD’s Heartland Province. For the next two years, she’ll oversee communication, leadership, and growth of the province, which includes 22 school chapters in six states.

“I am very excited about the opportunity and national visibility that this position will bring to Butler University,” she said.

PKD is a division of the National Communication Association (NCA). Crawford said that she has already proposed that NCA convene a panel to examine the role of the PKD governors and how they can help expand and develop the organization’s six provinces.

“PKD is committed to ‘Persuasion, Beautiful and Just,’ and, as such, we will be focusing on education and service for our students,” she said. She expects the panel to be approved for action in 2014. 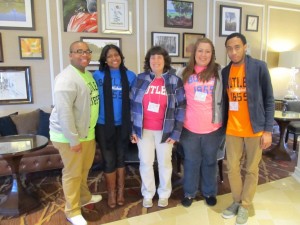 Butler will work with the University of Indianapolis and IUPUI to co-host Pi Kappa Delta’s national tournament in Indianapolis in March 2014.