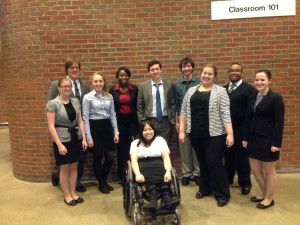 The Butler Speech and Debate Team travelled to IUPUI again on March 2 to compete in the “Last Words” tournament where Junior, Marcus Harvey took 4th in Poetry and Senior, Molly Kordas took 5th in Programmed Oral Interpretation. The team will be traveling to St. Louis for the PKD National Conference and Tournament during Spring break next week.

Posted in Uncategorized | Comments Off on Last Words tournament

The Speech and Debate team did not have to travel far for the 2013 State tournament this year.  It was just down the road at IUPUI.

The Debate team competed on Sunday.  Andrew Wray and Kelsey Coy competed in the varsity division.  Tony Ranieri and Phillip Tock competed as a Junior team.  Ranieri and Tock made it through the semi-final round and into the final round only to be defeated by IUPUI!  Tony Ranieri was named 3rd speaker overall in the Junior division. 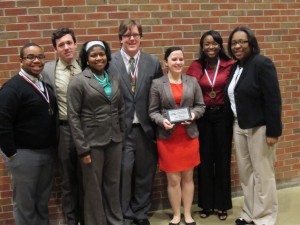 The Butler Speech Team travelled to the frigid North for a tournament in February!

Five students presented their speeches at the University of Michigan Tournament on February 9th as a warm-up for the State tournament.

A great time was had by all! 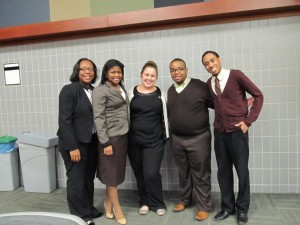 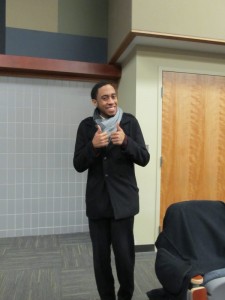 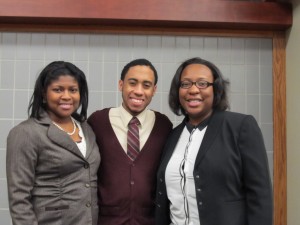 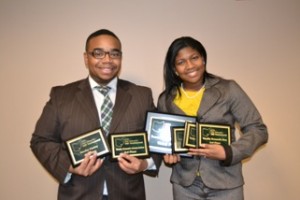 The team placed 3rd overall in the small entry division.

Posted in Uncategorized | Comments Off on Speech and Debate Team Rocks Ohio!

I would like to thank the College of Communication faculty, Dean Edgerton, Associate Dean Savage, Director of Debate, Dr. Casey Kelly, Mae Pierce, and the Butler Speech and Debate Team for all their support for this exciting event. Faculty and students gave of themselves during the last week of classes and that means a well run tournament and, hopefully, impressed students who will want to come to Butler in the future! 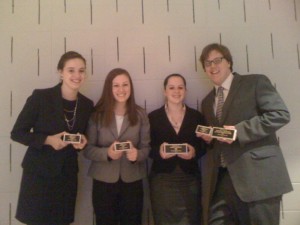 The speech team traveled to Transylvania University in Lexington, KY this past weekend. We did very well! Senior, Andrew Wray qualified for finals in Radio Broadcasting and won first place. He also placed 4th in Impromptu Story. Senior, Molly Kordas qualified for finals and then won Programmed Oral Interpretation. Sophomore, Marielle Slagel placed 3rd in Programmed Oral Interpretation and Freshman, Mallory Duncan placed 5th in Impromptu Story. We are very proud of them!

Our next exciting event is the High School tournament we are hosting here on campus on December 8. We will be host to 18 Indiana High Schools and over 200 students.

Posted in Uncategorized | Comments Off on Speech Team Members Win! 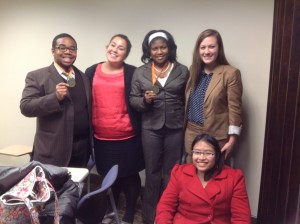 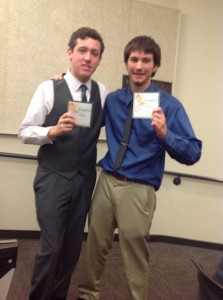 This weekend the Butler University Debate Team traveled to compete at Ball State University in Muncie, IN.   Making their way to the final round of the novice division, the team of Anthony Ranieri and Phillip Tock took second place honors losing on a very close split decision (2-1) in front of a panel of three judges. Remarkably, BSU was Tony and Phillip’s first ever college debate tournament and they represented the debate team and university exceedingly well.  Join me in wishing them congratulations!

Posted in Uncategorized | Comments Off on Novice Debaters take 2nd place at Age of Aquarius! 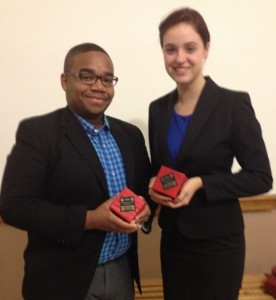 We traveled to the University of Cincinnati this past weekend. Marcus Harvey, Junior, placed 6th in After Dinner Speaking and Mallory Duncan, Freshman, placed 6th in Persuasive Speaking! GO TEAM!

We are traveling after Fall break to Ball State University for the Age of Aquarius tournament which will include speech and debate.

Posted in Uncategorized | Comments Off on University of Cincinnati 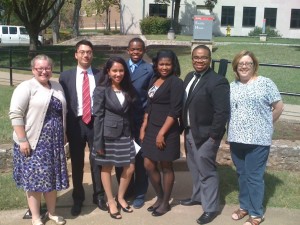 The Speech Team has already been to the University of Indianapolis and Western Kentucky University. We are traveling to the University of Cincinnati this coming weekend and Ball State after Fall Break! We have many new students including 6 Freshmen from majors throughout campus. Check us out this fall!