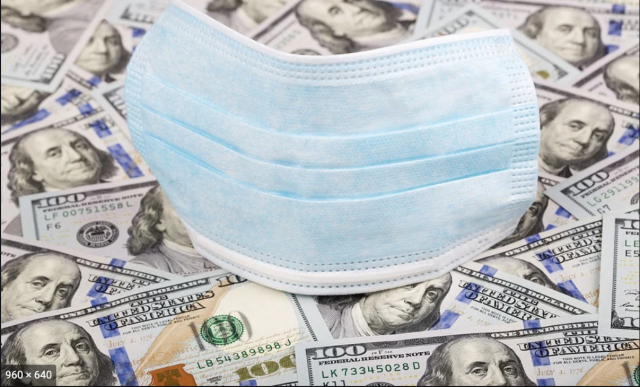 The coronavirus may have cost Butler University up to $5 million just in loss of potential earnings from the NCAA Tournament. Photo courtesy of pizabay.com.

As everyone knows by now, the outbreak of coronavirus has had an incredible impact on life around the United States and the world.

Unemployment numbers are up to Great Depression-levels and all major sports events like the NCAA Tournament, The Masters, NBA, etc. have been canceled for the time being and are facing unprecedented financial hardships.

For Butler University, that means missing out on one of their biggest money-making events of the year: Butler’s trip to March Madness.

Since the university is a private institution, it is impossible to know just how much the team brings into the school, but we can get a pretty good idea.

In college basketball, the NCAA gives money to its Division I conferences rather than directly to the schools themselves. That money, known to the NCAA as the basketball fund, was about $200 million in 2015, roughly 30% of the NCAA’s TV ad revenue from CBS and Turner Broadcasting according to Investopedia.

That led to the Big East receiving over $21 million in 2018 according to research done by Chris Brown of The Butler Collegian. This number was calculated from the number of games schools from that conference played in March Madness. Villanova won the national championship in 2018, but Butler contributed over $3 million to that final pot.

According to a conversation between Brown and Big East deputy commissioner Vince Nicastro, the money is spread from the Big East to all of its member schools, even to those that don’t make the tournament. However, Nicastro also mentioned that the Big East gives some extra considerations to the schools of the programs that earned that money in the first place.

A conservative guess would say that Butler’s run in 2018 would net them at least $1.5 million. In 2020, the Bulldogs were a projected 5 seed from ESPN’s Joe Lunardi, meaning they would be favored in the first game and a close underdog in a potential round 2 matchup. This equates to Butler being in a favorable position to match their earnings from 2018, with a chance to increase that revenue.

That money is vital to the university because it helps fund one of the university’s other 19 athletics teams that do not generate as much revenue as the men’s basketball team.

According to a Business Insider study from 2017, football and men’s basketball contributed to over 70% of the NCAA’s generated revenue. Butler’s football team competes in Division ! FCS in the Pioneer Football League, a conference that is made up of schools that do not offer scholarships.

Considering the Pioneer Football League has member schools including the University of San Diego to Stetson University in Florida, it would be safe to say that the team generates at a very slim net revenue, if one at all, meaning many of the school’s spring sports end up costing the university money.

Even though Butler may be saving money from the lost spring sports’ season, there are still potentially costly decisions yet to be made.

The university has yet to announce if it will accept current-seniors next year as incoming freshmen may create an increase in the scholarship budget for each of those programs. While some may consider it a foregone conclusion, schools much bigger than Butler like the University of Wisconsin announced their seniors would not be playing next season.

Because Butler is a private institution, it is unclear just how much money is lost from their athletic programs in the spring of 2020. Other losses the university is dealing with because of the coronavirus and a potential decrease in enrollment next year could mean big changes for the athletic programs.

Also, the uncertainty about when activity could return back to normal in the U.S. could bring the participation of fall sports into question, bringing more financial questions pertinent to the leader of the university. Unfortunately, no one truly knows what the next few months will bring.