Will Marty has worked tirelessly for three straight years since he stepped foot on the turf at the Bud & Jackie Sellick Bowl. His mission was simple; win the starting quarterback job for the Butler football team.

After three seasons on the bench, the Wyoming, OH native finally got his chance to be the starter in his redshirt junior season. Marty spent two seasons as a backup to current Canadian Football League quarterback Matt Shiltz, and one more under dual-threat quarterback Malcolm Weaver. Now as the starting quarterback, along with being named captain, Marty has a chance to make a name for himself. 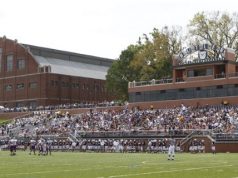 Dawgs can’t build on first half success, lose 75-56 to UConn