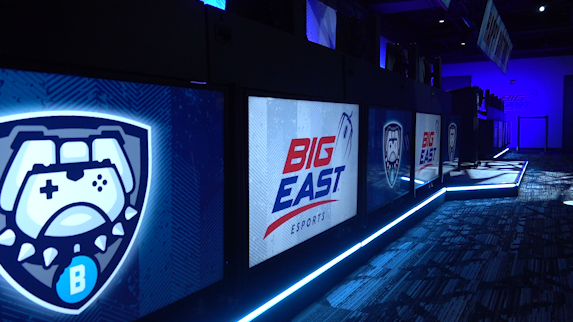 The Butler League of Legends team will be looking to post an improved record in the spring after struggling in the fall. The upcoming season will conclude with the BIG EAST tournament on March 24-26—held in Butler’s new Esports Park Facility.

The Bulldogs finished sixth in the BIG EAST with a 3-5 record last season, but the results didn’t reflect the whole story.

“Our fall season was a little disappointing. We started off tough…having a bunch of our hardest matches early scheduling wise, but near the end we got a lot better and grew a bunch over the year so hopefully that transitions over to the spring,” senior captain and Mid Lane player Levi Hrabos said.

In addition to a tough early schedule, Hrabos also admitted the team struggled with the availability of their starters forcing them to compete with substitutes on multiple occasions.

Sophomore Kamil Stolarczyk, the team’s Attack-Damage player, echoed Hrabos optimism. Stolarczyk felt that not only was the team much better than their record but that the team is ready to show their improvement in the spring.

The team’s communication and teamwork are crucial to putting all the pieces together and continuing last season’s late success. So much so that the team has practiced in silence as a method to improving their in-game communication like pinging—a unique aspect to esports.

“The game, like any sport, is a ton of communication as you go even more than maybe traditional sports so that’s a big thing we need to improve on,” said Hrabos.

Sophomore and Jungle player, Sungha Kim, touched on the importance of teamwork especially in a game such a League of Legends.

“In a team game like League, it’s not like you can be carried throughout the game. You have to work through the team to achieve the main goal,” Kim said.

The continued investment from Butler into esports and the new Esports Park has advanced the team in many ways, including the unique opportunity to possibly compete as hosts for the conference tournament if they make the final four—something they last achieved in the fall and spring of 2021.

“It’s definitely one of the best things that could’ve happened for the first year this facility is open…Being able to see your opponent adds another level of competitiveness, we’re going to be excited to have everyone here playing,” Stolarczyk said.

The facility not only allows the team to play with the highest quality equipment but has been pivotal in the team’s roster formation. The publicity from the park attracted new League of Legends players and furthered the sense of legitimacy which helped them find one of their current starters as well as form a secondary roster to practice against.

There is potential for a bright future for Butler’s League of Legends team as they wait for their official spring schedule to be released.

“We don’t know our general schedule week-by-week, but we know we’ll be playing DePaul and Seton Hall…who were the winners and runners up in the fall. We’ve been scrimmaging Seton Hall and absolutely dominating them, and I’m really excited to transition that into season and hopefully win the whole thing,” said Hrabos. 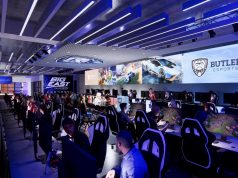 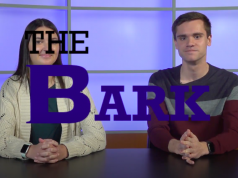 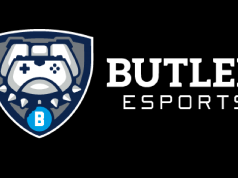