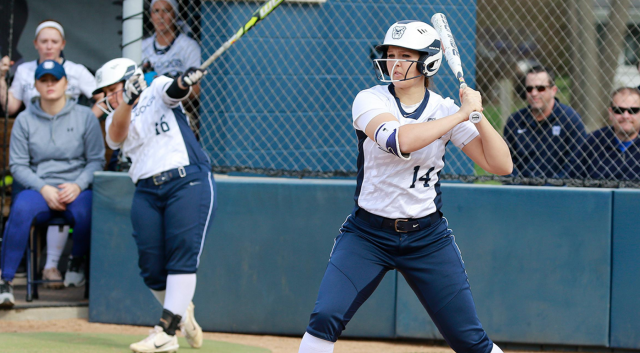 Of all the sports affected by the COVID-19 pandemic, one team here at Butler was hit harder than most. The softball team was playing in a tournament in Florida when they received the news that the rest of their season may not continue.

For head coach Scott Hall, this season’s start had been he was feeling really positive about. “It’s always tough to have such a good start to the season, especially after our results last year, and then have that success be pulled away,” said Hall.

The Bulldogs had started 15-8 this season after a lackluster 2019 season. The team only managed to get to 16 wins last year and finished last in the Big East. So far, they had nearly beat their previous win total and were currently in first in the division.

Senior Alyssa Garcia showed some emotion when recounting how fast everything seemed to happen in the 24-hour period following their last game. “We had just gotten the news that Butler was suspending classes in person until the end of April, but nothing had been said about sports. Then by the end of the next day we were told that we most likely were going to have the NCAA reach out about ending our season and all of us seniors just kind of broke down together,” Garcia said.

Garcia wasn’t the only one who had played in her final game, though. She is joined by four other seniors that won’t get the opportunity to run out on field again for the Bulldogs. And although the NCAA has ruled that student athletes affected by their seasons being canceled will receive and extra year of eligibility, these girls have decided to focus on their futures past school rather than playing another year.

“It just didn’t make much sense to try to worry about classes or housing for another year when there’s so many things on our minds regarding graduation and job hunting and just being an adult post-Butler,” senior Christina Candotti added.