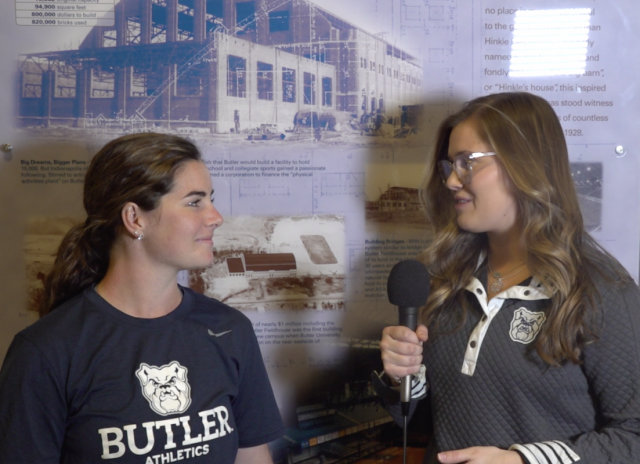 In this week’s episode of The Bark, our athlete feature is Butler softball outfielder Payton Longest. Payton shares strengths, weaknesses and goals as an individual as well as a team as the season kicks off.

Bark Reporter Peyton Thompson: “Payton you just got back from the Madeira Beach Invitational. What are some things you realize you guys need to work on and some things you know you did well?”

Payton Longest: “So we went 2 for 3 this weekend and we are a really strong defensive team, so that’s something we definitely did well. But something we can improve on is improving our situational hitting and putting up more power numbers.”

Thompson: “To kick off the season, what are some of your goals and some of the things you are looking forward to achieving as a team?”

Longest: “Our ultimate goal this season is to get back to the Big East championship and win that so we can have a run at the NCAA Tournament.”

Thompson: “There are 10 freshman on the team. What is that like? How are they looking up?”

Longest: “It has been great having that much depth on our bench and even having freshman start. It’s been awesome. So everyone has been able to have their own role on the team and it’s just made us even stronger.”

Thompson: “You have a younger sister on the team as well. How has that been?”

Longest: “It’s been really fun getting to play with her again.”

Longest and her younger sister who is a freshman on the team, Kinley Longest, played together in high school at Zionsville.