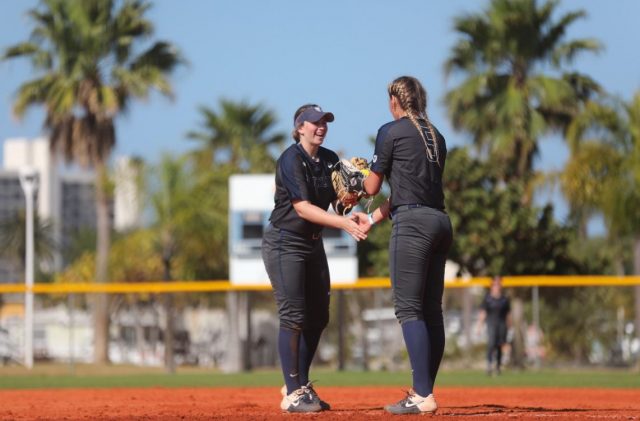 Following a swift and disappointing end to all spring sports, most athletes and coaches were left stunned with the idea they may not take the field again for another year. One team though was left hit harder than many others. Butler softball’s season had already gotten into full swing. After playing two different tournaments in other states, they had just wrapped up a third tournament when they received the news their season was over.

But where does that leave them now? Coming off a less than impressive last place finish in the Big East in 2019, they had already matched their win total this season and were currently holding the top spot among the conference in 2020. The team, being led by its five seniors, will have some blank spots to fill for next season.

It is without doubt that this has been a crisis unlike many of us have ever experienced in our lives, but how does this affect Butler softball? Well, coming off a high of being first in the Big East and matching their win total from 2019 will definitely be a good place to start. Providing some sort of momentum will be important and those are two good reasons as to why the team may start hot come 2021. Also, two of the seniors set to graduate have now decided, after changing their minds about there plans, that they will return for a fifth season with the bulldogs.

Coach Scott Hall had this to say about the upcoming season when I spoke to him, “I think we’re actually sitting in a really good place right now. We have depth on this team and even with the loss of our seniors, it’s not like we’re the only organization losing those players. I fully expect us to come back with a desire to perform better next season given this one was taken away.”

So, while spots may still need to be filled, there is a glimmer of hope for the year to come.